Moving and magnificent in its space contemplation, the wine cellar of Atrio is even more so from a wine producing point of view. It begins through its large selection of champagnes, with 44 wine cellars, of which 28 are small owners that uniquely prepare with their own vineyards. This is one of the keys of this wine cellar in which worldwide large and well-known respected brands exist side by side in an admirable relationship with the smallest vineyard owners, proprietors of a little more than one hectare and capable of showing us in each bottle the place where the grapes are born. In the wine cellar of there are unique collections of wines. Those brands are hear that every connoisseur fan dreams of, and not in only one year.

In Burgundy, all the Gran Cru, with Montrachet de la Romanée Conti since 1987, the Romanée Conti itself represented by 12 years, many of them also in magnum, 11 wine cellars with its Clos de Vougeot, 6 with its Chambertin. And together with them wines from more humble and less known areas by the public in general, wines over which those that truly understand fight.

In Bordeaux the great Châteaux sleep quietly on the wooden shelves of the wine cellar. 23 years of Petrus, the oldest from the year 1947, 25 of Haut-Brion, 24 of Lafite-Rothschild, with the 1929 vintage the oldest, 27 years of Latour, 23 of Margaux, 42 of Mouton-Rothschild with the paintings of the greatest artist decorating their bottles. To top it all, the collection of Château d’Yquem is preserved and shown on a small chapel, a work or art of the architecture and the wine. 80 different years, the oldest dating from 1806, in which the bottle itself became historical in its own right thanks to the coincident of it being converted later into a legend.

But these do not go beyond being information, figures, and behind the wine cellar of Atrio, more than anything there is passion. The passion from which José Polo began from scratch, seeking and acquiring the most outstanding references, until achieving what, without any doubt, is one of the best wine cellars in the world.

Come to Atrio and enjoy Caceres

Drinks and breakfast not included 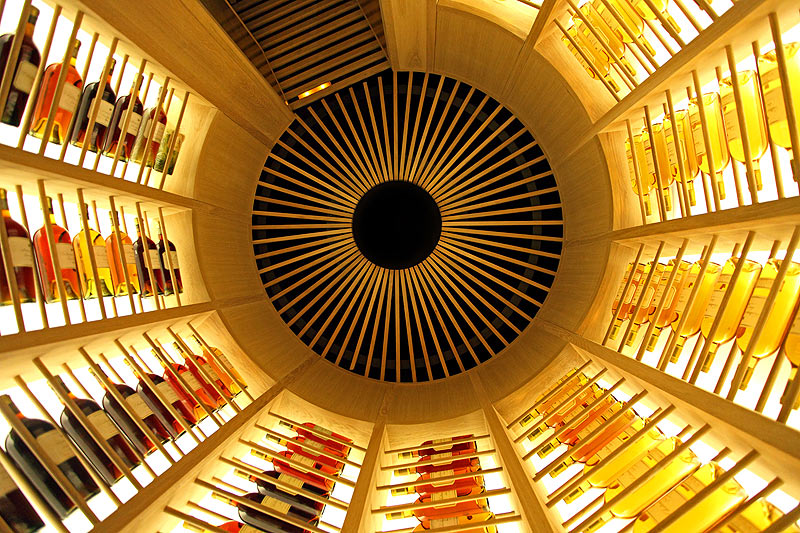 Dinner or lunch for 2 people
(Tasting Menu)
Wine pairing, 4 different wines by our sommelier
Visit to the wine cellar
Our magnificent wine list in 400 pages edition with photographs by Joaquín Cortés and designed by Julián Rodríguez

Total Price: 1.010,00 € + 10% TAX
Available in Junior Suite and Suite (ask for extra services)
Other Drinks and breakfast not included 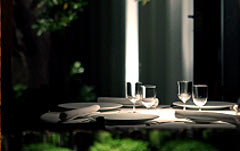 Try the traditional flavor and taste the latest dishes